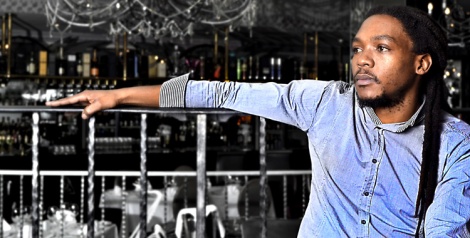 Word N Sound CEO, Thabiso Mohare, is excited for the kick off of the Writing A New South Africa series in collaboration with BBC Radio 4.  We spoke to him about this exciting new project.

What is ‘Writing A New South Africa?’
It is an amazing radio documentary by BBC Radio 4 which attempts to get a flavour of South African literature and Spoken Word 20 years into democracy; through the themes writers are choosing to engage with in their work. I was asked to present the documentary and assist in identifying relevant stakeholders and shaping the documentary.

What did you love the most about being involved in the project?
Interviewing amazing writers and poets in Johannesburg and Cape Town. I was in awe of the talent we have in the country, the depth and complexity of post 94 writing and realising the need for on going dialogue among ourselves.
Working with Megan Jones the producer was an inspiration. First because of the brand that is BBC Radio 4 and Megan’s work ethic. I love working with people who keep me on my toes.
Why should we tune in?
Because it is a truely awesome, informative and eye opening documentary in 3 parts. You will love it. You can also take part in the post broadcast Twitter conversations hosted by Word N Sound and British Council Connect ZA form Friday 20 February.
Get more info on the project, the featured writers and the broadcast times here.
The Writing A New South Africa radio series and Twitter conversations that take place after each broadcast, are brought to you in partnership with British Council Connect ZA.

One response to “Afurakan’s new doccie on SA literature”