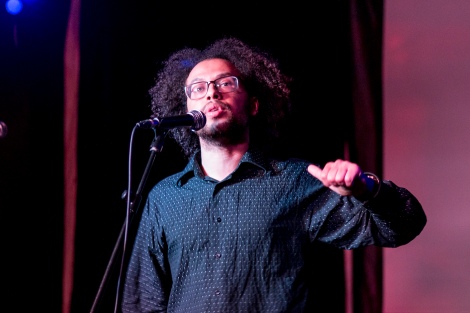 I Am Nobody’s Nigger
Rappers,
when you use the word “nigger”
remember that’s one of the last words Stephen Lawrence heard,
so don’t tell me
it’s a reclaimed word.

I am nobody’s nigger
So please, let my ancestors rest in peace
Not turn in their graves in Jamaica plantations
Or the watery graves of the slave trade
Thrown overboard into middle passage
Just for insurance claims.
They were chained up on a boat
As many as they could manage and stay afloat
Stripped of dignity and all hope
Awaiting their masters and European names
But the sick and the injured were dead weight to toss
And Lloyds of London would cover that cost.

How were you raised on Public Enemy
And still became your own worst enemy?
You killed Hip Hop and resurrected headless zombies
that can’t think for themselves
or see where they’re going
or quench the blood lust
because there’s no blood flowing
in their hearts,
just in the streets.

They don’t give a damn
as long as they eating
their hearts ain’t beating,
they’re cold as ice (bling)
Because they would put money over everything
Money over self-respect or self-esteem
Or empowering the youth to follow their dreams
Stacking paper cos it’s greater than love it seems

Call me “nigger”
cos you’re scared of what “brother” means
To know that we share something unspeakable
To know that as high as we rise
we are not seen as equal
To know that racism is institutional thinking
And that “nigger” is the last word you heard
before a lynching.

About Dean Atta
Dubbed the iPhone poet, Dean Atta British poet and writer born to Greek mother and Jamaican father. Dean’s poem, Nobody’s Nigger, written in response to “the injustice of the death of Stephen Lawrence”, addresses the use of the use of the word nigga. In 2012 he won the London Poetry Award and in 2013 published his anthology, I Am Nobody’s Nigger.

There was an error retrieving images from Instagram. An attempt will be remade in a few minutes.